It’s How We’ve Built Our Reputation!

"Change is difficult to accept and even harder to introduce. Peter Politis has been a tireless champion of considered..."

Since 1995 For Evergreen Innovative Strategies has been helping its clients navigate through barriers once perceived impenetrable, to find opportunity on the other side.  Not just the typical opportunity “in a can” mass produced by the consulting industry at large, but fresh, re-energizing, even unexpected opportunity found in those places where no one seems to look or venture – The kind of opportunity that transforms organizational culture, elevates governance, architects winning relationships and develops creative, innovative, advanced strategic thinking,

"how we see and think about a problem or challenge is really where the discovery begins."

There are many terms and catch phrases used today that suggest how to adapt to the changing environment and challenges.  The reality is that how we see and think about a problem or challenge is really where the discovery begins.  Steve Jobs once said, “…the ones who see things differently – they’re not fond of rules, and they have no respect for the status quo. … You can quote them, disagree with them, glorify or vilify them, but the only thing you can’t do is ignore them because they change things. … They push the human race forward, and while some may see them as the crazy ones, we see genius, because the people who are crazy enough to think that they can change the world, are the ones who do.”

What We Have Done For Others

Our clients tend to be those seeking to rethink the challenges or needs they have.  They are seeking fresh, dynamic thinking that challenges the status quo and current culture of how they do things.  In some cases, our clients are seeking outcomes where those before have not been successful in doing so.

Our advanced strategic thinking and enabling ideology has helped our clients break frustrated deadlocks at the negotiating table; find solutions to confrontations and political stand-offs; advance municipal governance and administrative management to achieve uncommon success in social and economic development; create economic development where least expected; successfully lobbied government to get past long term entrenched regional issues; effectively navigate the proverbial mine field of challenges between Indigenous rights and commercial development; rethink entire operations, in both government and industry, to set up the path of growth going forward; and developed inspiring business plans that re-energize commitment and drive success.

Here’s a few samples of discovering success where least expected:

GOVERNMENT
Rethink and modernize the governance model of a municipality, leading to a paradigm shift in development.
Cochrane, Ontario Canada
Changed the governance and administrative relationship leading to a more engaged and opportunistic culture. Cochrane has become one of the most actively developing communities in the region, while creating nine jobs for every job lost, and maintaining some of the lowest taxes comparably across the board.
INDIGENOUS AFFAIRS
Developed A Revolutionary Consultation Protocol That Requires Developers To Apply For A Permit To Develop.
LONG POINT & BEAVERHOUSE FIRST NATIONS
Developed a revolutionary and unprecedented consultation protocol that requires developers on the land base to apply for a permit to operate prior to operating, while also providing the stability the developer seeks. The permit then acts as an agreement governing the development itself.
COMMERCIAL ENTERPRISE
Developed Powerful Custom Workshops & Cross Cultural Program Challenging Conventional Thinking.
NISKA TRAINING ACADEMY
\"Eye opening workshop. As an aboriginal woman I found the forward thinking and open approach to the difficult barriers many of us avoid speaking about to be refreshing and encouraging.\" Bev Cheechoo, Moose Band Development Corp.; \" Great Workshop, great speaker. Peter\'s experience on both sides of the fence brought a neutrality that was very credible.\" Mario Villeneuve, Villeneuve Construction.
See What Others Are Saying

What We Can Do For You?

We see our clients needs as individual challenges representative of the unique environment they exist in.  We bring a diversified background ranging from executive management in the commercial sector to lead governance roles in government, as well as decades on the ground level gaining unique understandings in advancing Indigenous affairs.   However, we focus on the clients unique circumstances and needs as the priority while enhancing the outcomes with the diversity we bring in experience, not the other way around as many consulting firms tend to do.  We don’t take a cookie cutter approach. While we seek low hanging commonalities that could benefit our clients, the assignment is all about the distinct challenges and uncommon nature presented by our clients own situation.

Our network includes first level relationships at the highest levels of political leadership, staffers and management in the political, industrial and Indigenous sectors.   We’re connected with some of the leading experts and consultants in a very wide net of disciplines.  Our network allows us to effectively pull together insight and even teams of experts specializing in our clients needs.

We’ll dig deep into the underlying issues leading to the challenge, and architect outcomes that not only get out of the box and rethink the path forward, but in some cases, may even throw the box away all together.

We deploy an associate consulting team at For Evergreen Innovative Strategies.  The concept offers a value proposition to our clients that includes leading edge expertise while maintaining minimal overhead, allowing us to provide the highest quality product at much lower costs than typically available in the consulting industry.

It’s an innovative evolution to the consulting model that typically hires an in house team and bills this fixed cost out to their clients.  Our model brings little to no fixed overhead costs, simply project specific costs, while bringing diversified, leading edge and current expertise to the project as an alternative to boxed, in-house expertise.

As we acquire projects, we build the project team based on the project dynamics, then deploy (and pay for) the associate consultants accordingly.

Our network of leading associate consultants, experts and critical thinkers spans the top of government and industry, to the boots on the ground, across key project management disciplines, providing our clients the best in both practical and conceptual expertise.

Our network of established associate consultants and expertise includes:

When you partner with For Evergreen Innovative Strategies you gain access the leading edge, diversified and modern expertise, specifically suited to your needs,  while paying far less than typical for the service.

Peter Politis is the Principal at For Evergreen Innovative Strategies.  His experiences include executive management in commercial enterprise, a two term municipal Mayor spanning eight years, a business management consultant, and an Indigenous affairs specialist on both sides of the issue.  He is a community builder, as well as a municipal social recreation and economic development innovator.  Peter has continued to advance his vocation training in prestigious institutions like the Harvard School of Business and the Karass Institute for Advanced Negotiations.

Everywhere he’s been, he has developed a reputation for being a dynamic, out of the box thinker, who challenges conventional thinking and has a flare for finding solutions in situations previously thought to have none.

Peter led and drove municipal Ontario Provincial Police cost reforms right across the province, at the time thought to be too large and complicated a challenge to attempt.  He led a small rural municipality used to accepting being small and having minimal expectations, to become a regional socio-economic engine, breaking trail on unprecedented social, economic and cultural developments, and a leader in municipal financial reforms that realized historical accomplishments while maintaining some of the lowest taxes region wide.   Peter’s “don’t think small, think capable” inspired thinking also helped struggling Indigenous communities become leaders in economic development taking a path forward considered a paradigm shift in opportunity development.

Peter is a driven and successful entrepreneurially minded problem solver.  At the same time, he is a dedicated family man whose family values are founded on wife, children and the virtues of honour and faith.

Find Out More About Peter

What Are Others Saying?

"I have been working for years with Peter Politis as Mayors in Cochrane District. Peter has been the most vocal, action-oriented and astute Mayor in all of the 12 municipalities in Cochrane District. With his dynamic leadership qualities he was one of the key mayors in our fight to reverse the decision to divest the Ontario Northland Railroad; he was the key spokesperson to fight the impact of the Endangered Species Act and the Woodland Caribou Protection legislation that would have further decimated the forest industry in our region; he was the most ardent critic and spokesperson on behalf of us in the north fighting to reinstate the spring bear hunt; he championed the cause to reduce the extremely high and unfair costs of the Ontario Provincial Police to Ontario municipalities, in fact he became Chair of the 160+ municipalities that joined together to lobby against the OPP costs and many more items that concerned him because they seriously affected the livelihood, quality of life and health and welfare of the citizens in Northeastern Ontario. Peter Politis is a fantastic communicator both verbally and with the written word; he has tremendous charisma, he is passionate in what he believes in and he believes in the north, he is creative and innovative…" 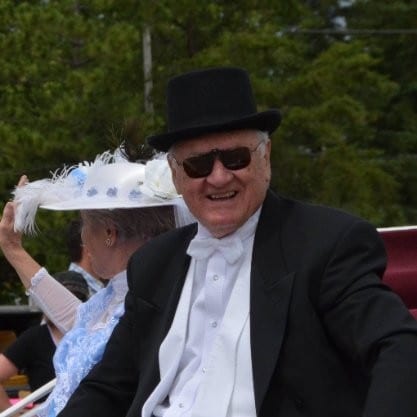 Mayor Mike Milinkovich
Matheson Ontario
"Mr. Politis and his efforts have yielded results for our community which can easily be considered among the best in the country.  I have worked with my fair share of consultants and expertise.  I find Mr. Politis to be the best at what he does."

Maurice J.KistabishWahgoshig First Nation
“These agreements are considered among the best in the country. I find Mr. Politis to be very knowledgeable in the history and culture surrounding First Nations, and the barriers in which they face. He continually identifies the challenges before us and is very creative in finding the solutions to them” 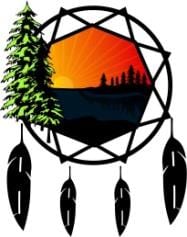 Maragret Penasse-MayerNipissing First Nation
“Our experience with Mr. Politis and his firm has been extremely positive.  We work with many consultants in our endeavours and find Mr. Politis to be among the best”

Chief Shirley HornMissanabie Cree First Nation
"Peter is a true champion of Northern Ontario and he brings unique combination of business acumen and interpersonal skills to the table. We, at G52, have seen Peter’s drive and determination generate successful outcomes for his community and his clients."

Mark HolmesG52 Municipal Group
"Eye opening workshop! As an aboriginal woman I found the forward thinking and open approach to the difficult barriers many of us avoid speaking about to be refreshing and encouraging.  Peter is able to put into perspective the challenges aboriginal people face in reaching their full potential."

Bev CheechooMoose Cree Development Corporation
It was privilege to work with Peter while both Directors on the Cochrane & District Social Services Administration Board. He is a TRUE PROGRESSIVE LEADER that has great vision for his community, region, and Northern Ontario! Seasoned, thoughtful and innovative, Peter is a think tank all on his own. His communication skills are phenomenal. Only those who truly listen to what Peter has to contribute can benefit from his amazing breadth of experience and vision for the future. I would be quite privileged to have the opportunity to work with Peter again. I look forward to it!!!

Johanne BarilMayor, Val Rita
It has been my experience to witness Peter’s forward-thinking leadership and commitment to the constituents of his community and to the Northern Ontario region. Peter is a passionate and dedicated leader who wakes up each day with the clear intention of changing the world. There are always solutions and opportunities in Peter’s agenda.

Julie JoncasExecutive Director, Far North East Training Board
It was a pleasure working with Peter. His strategic planning and understanding of the big issues assisted with many initiatives we worked on together. I would highly recommend his expertise and knowledge.

Marianne MatichukPrincipal Consultant at M Matichuk and Associates
Previous
Next

We would be happy to hear from you!...

We would welcome an opportunity to chat about your needs...